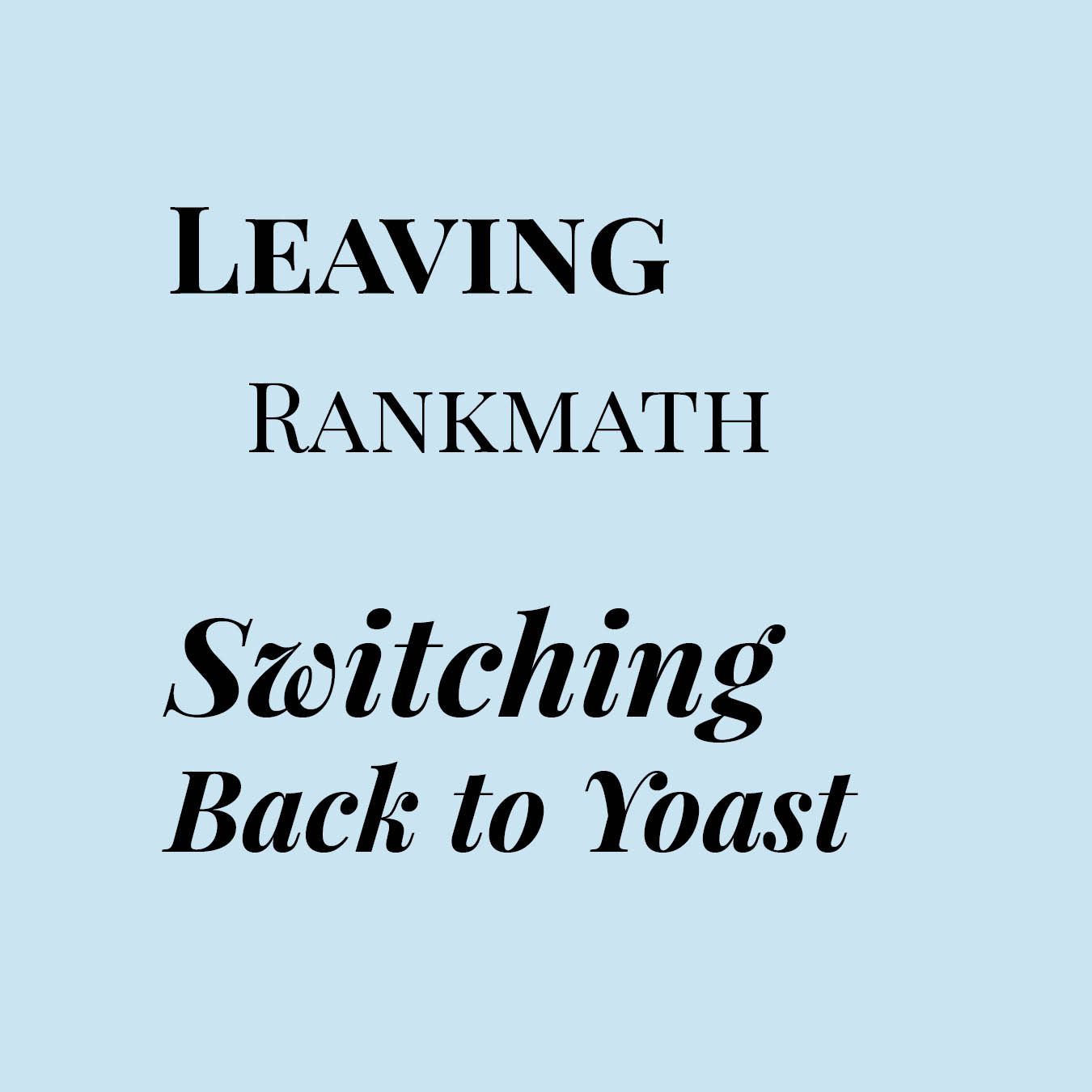 How I left Rankmath and went back to Yoast

I  switched to Rankmath for my SEO plugin and then decided I wanted to go back to Yoast. To my disappointment when trying to leave Rankmath and switch to Yoast I found there was no option to import rankmath settings into Yoast! I checked with Fuel Your Photos to see what was needed to be saved from Rankmath and added into yoast

Before deactivating the Rankmath plugin I copied down each blog post or page title, url, meta and keyphrase into a spreadsheet. 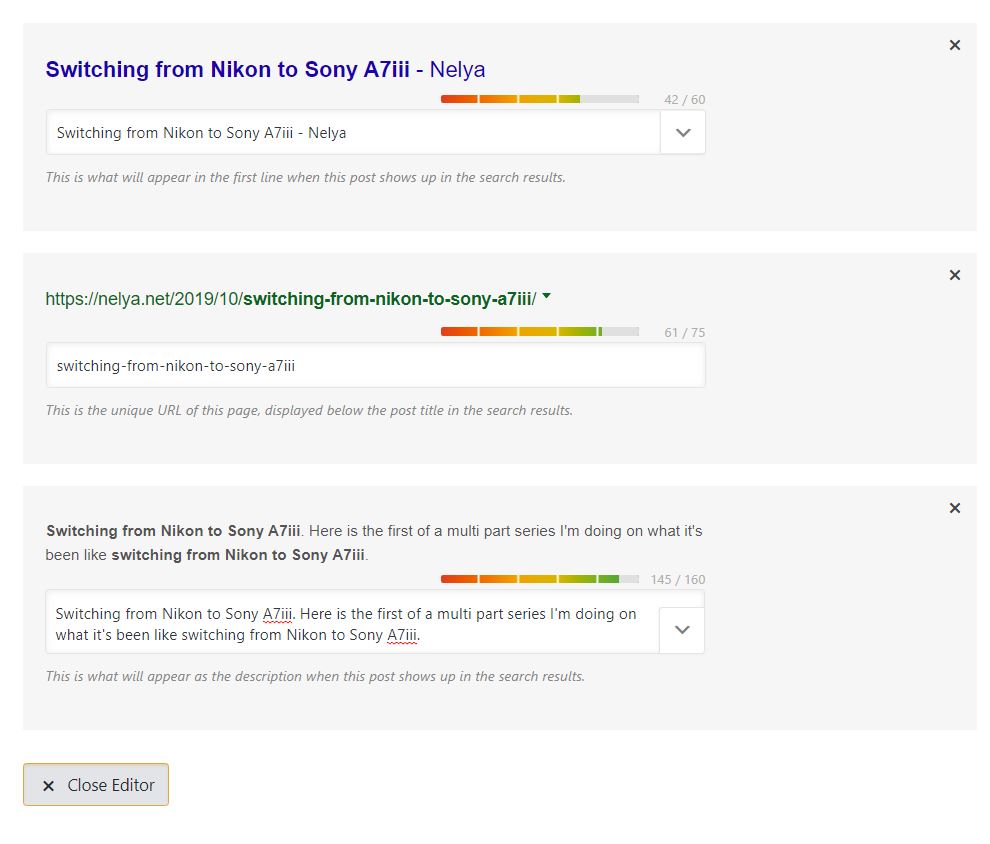 I opened up each blog post and copied info from the snippet editor. 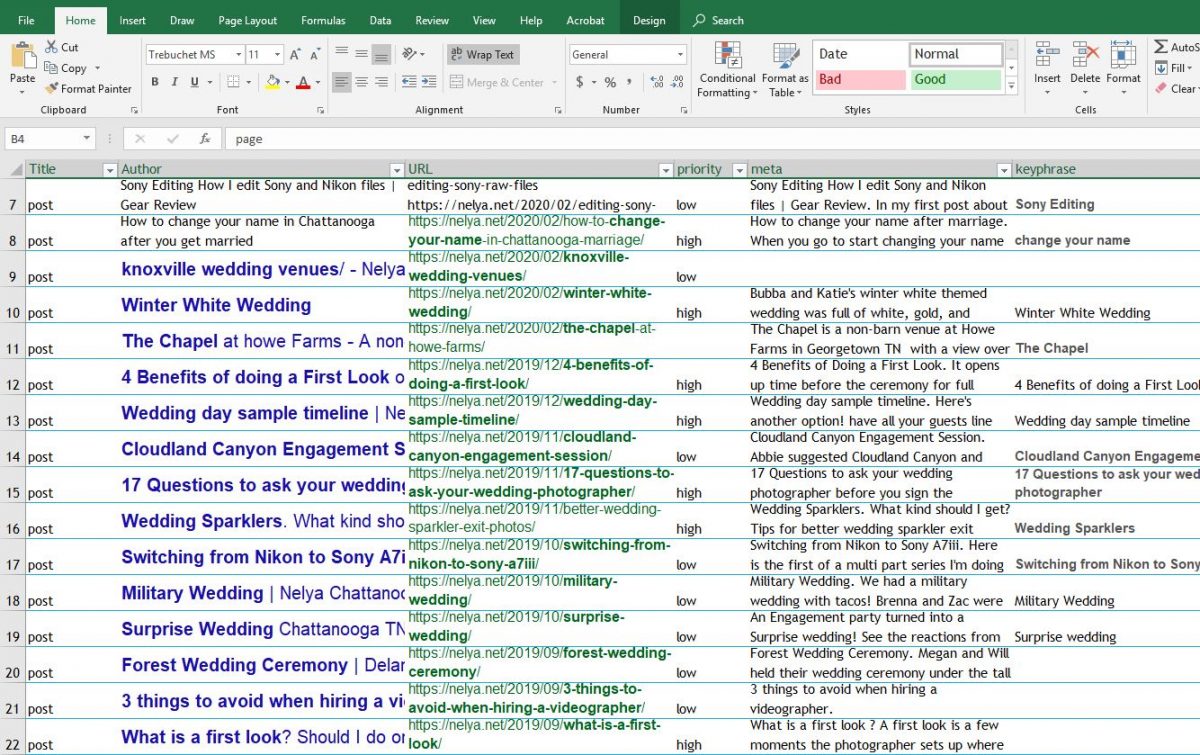 The Author column is actually where I put the blog title. The Priority column was just notes for me on how much I cared in case this was super time consuming and I got distracted on six other things. (raise your hand if you normally operate with 5 or more tabs open on 3 different browsers at ones!) 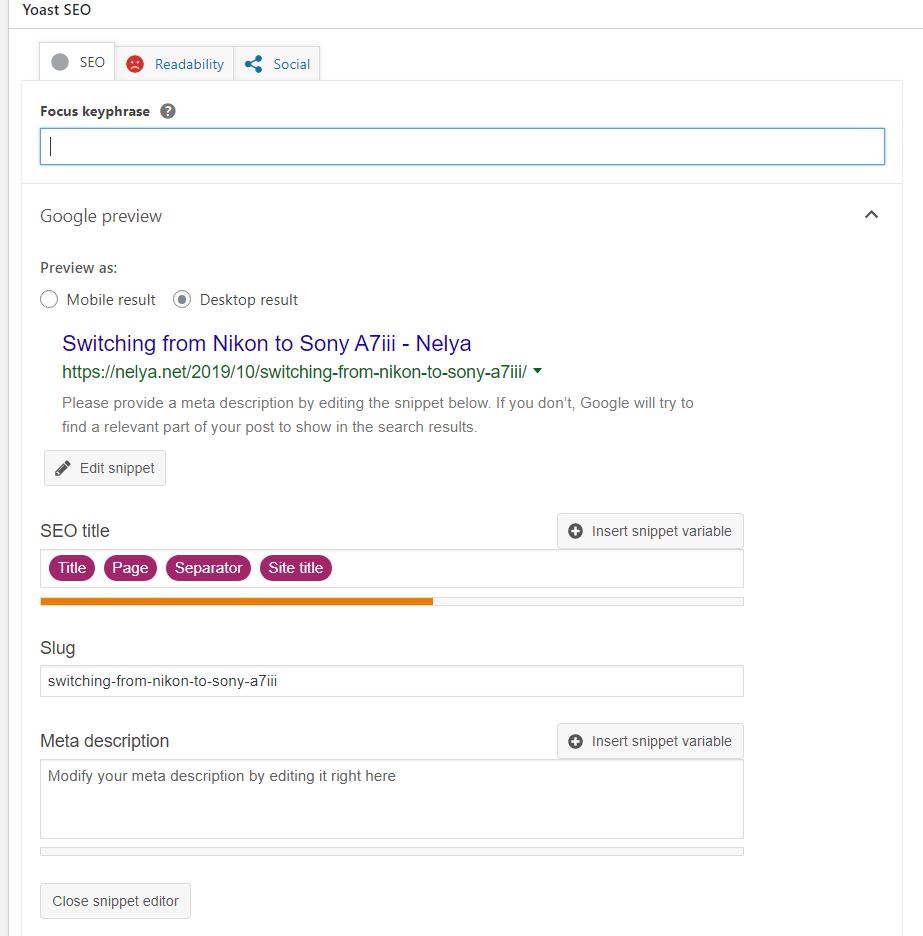 I wasn’t sure what would and what wouldn’t transfer over, so I checked it by temporarily activating Yoast and deactivating Rankmath. It appeared that all but the meta description and keyphrase were transferring. 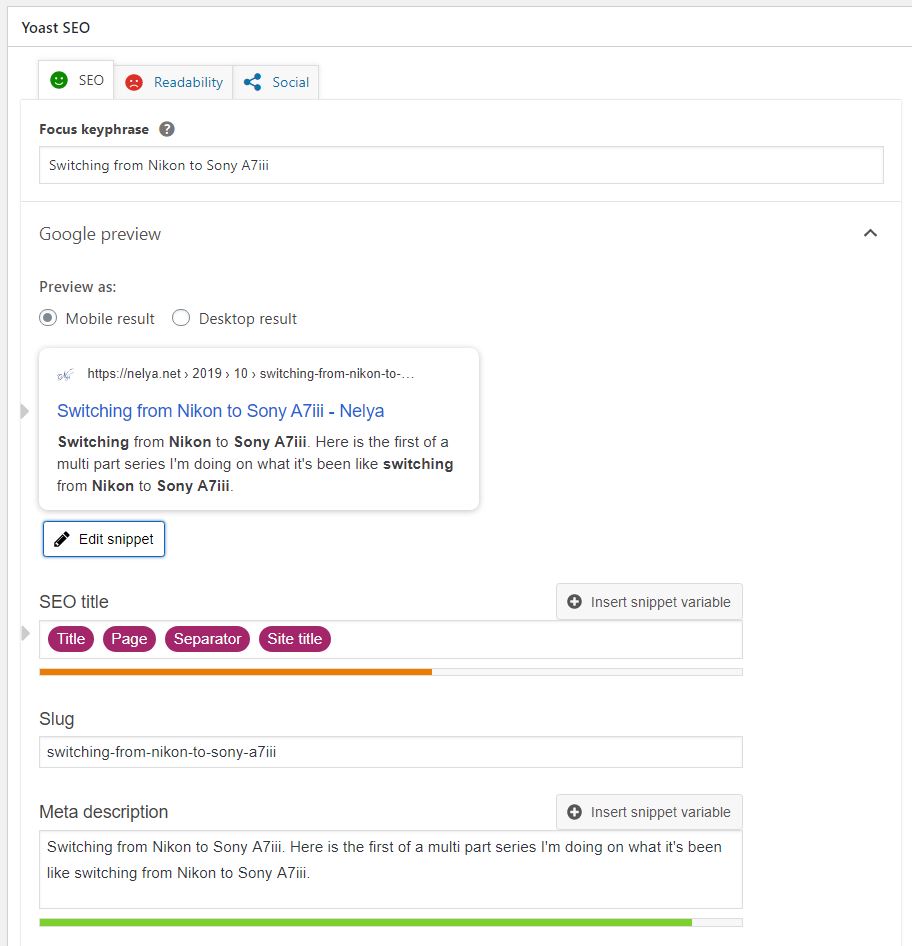 So next I added the meta and keyphrase. And it looked good. Then I rinsed and repeated on all posts and pages started while using Rankmath.

In my case I never set up any no-index or any other advanced settings while in Rankmath, so that’s all I did. Everything that I’d previously done in Yoast prior appeared again when I activated Yoast.

I hope that helps anyone who finds themselves in this situation!

You may also like this blog post on My first impressions of Switching from Nikon to Sony Mirrorless.

How to shoot the Milky way

What kind of camera should I start with? What I’d do if I could do it all over again 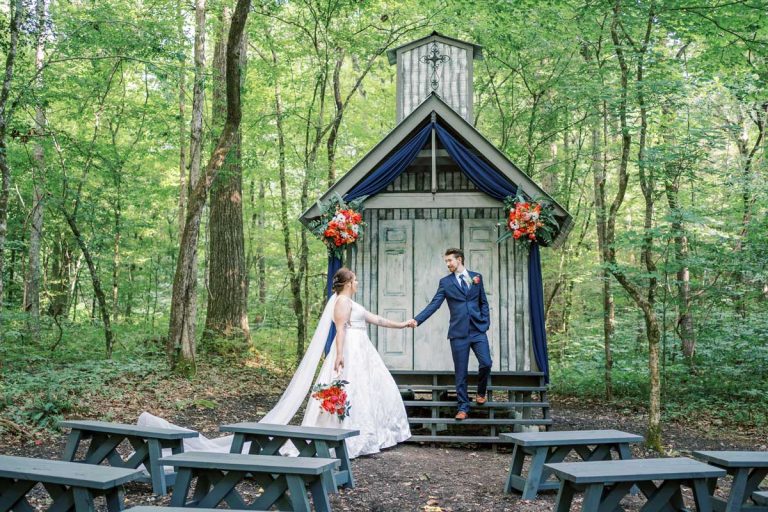 Chapel in the Hollow |A Smoky mountain wedding chapel