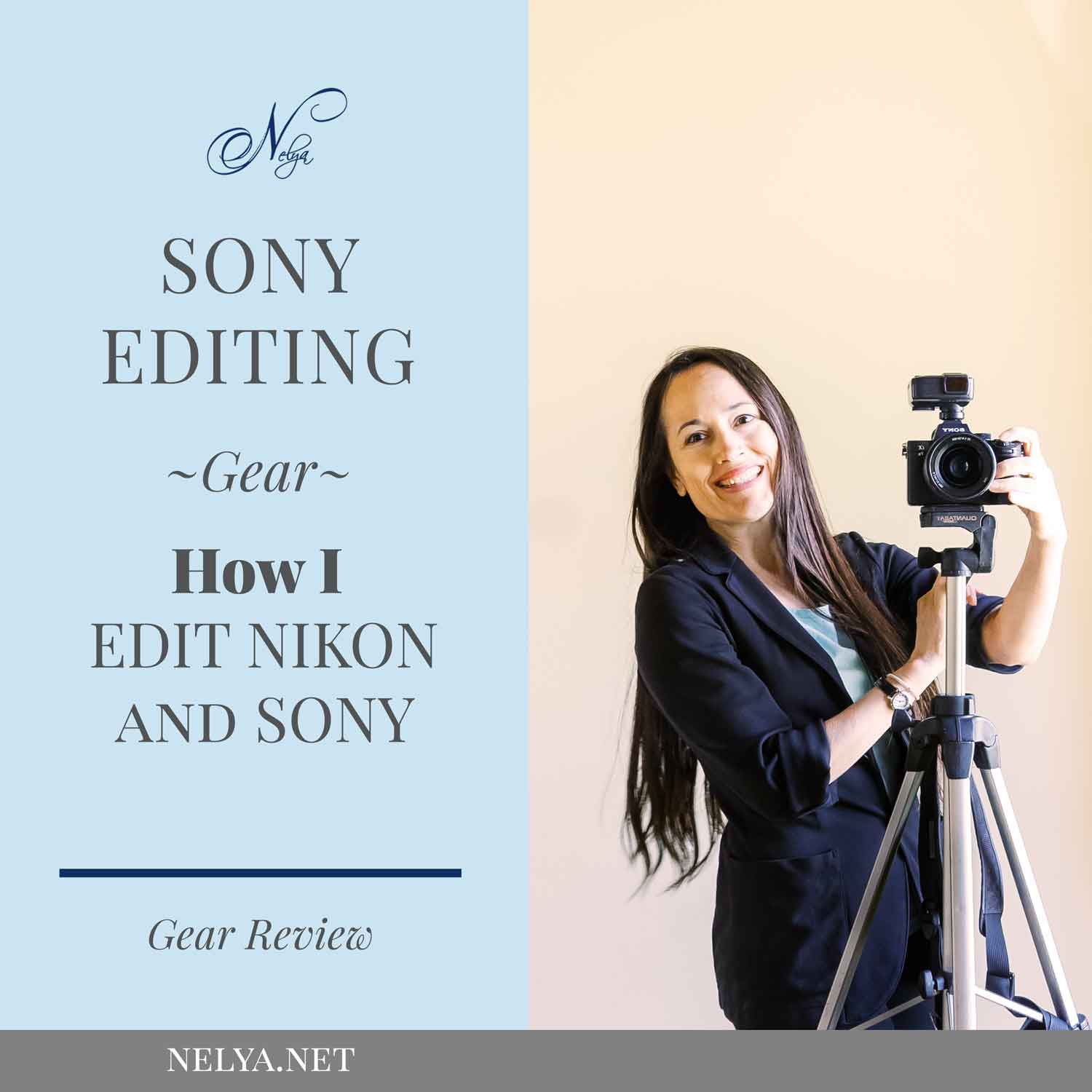 In my first post about Sony I was struggling with matching Sony and Nikon files. I was learning how to use a new camera right in the busy wedding season. So here we are with my Sony review part II. 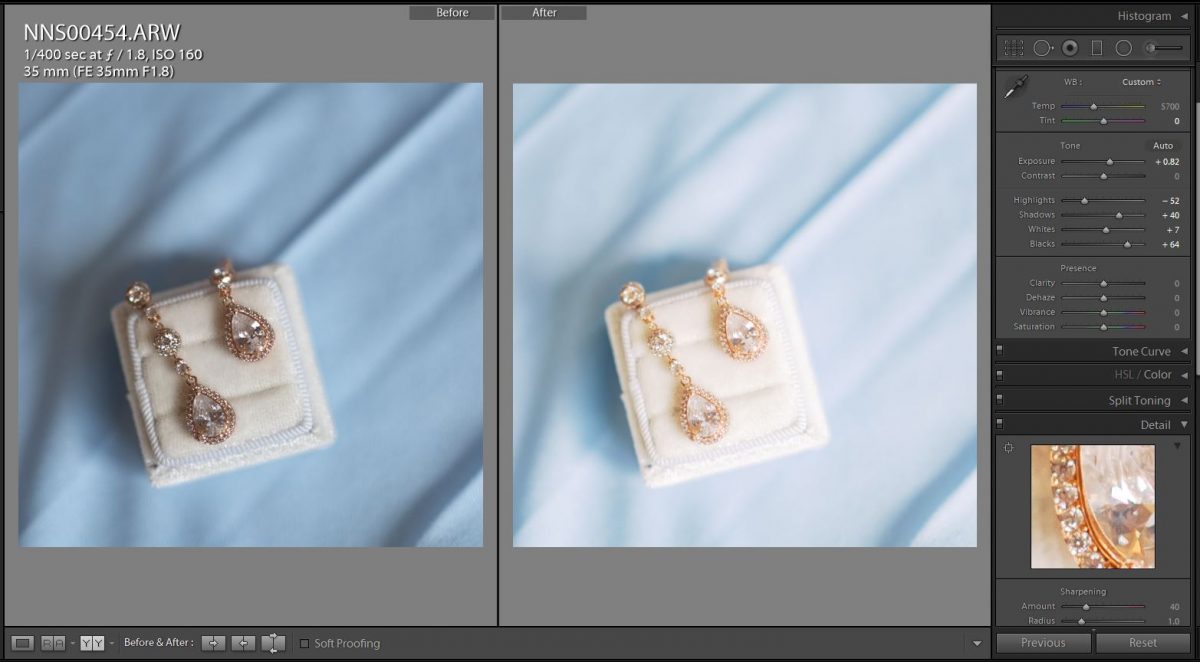 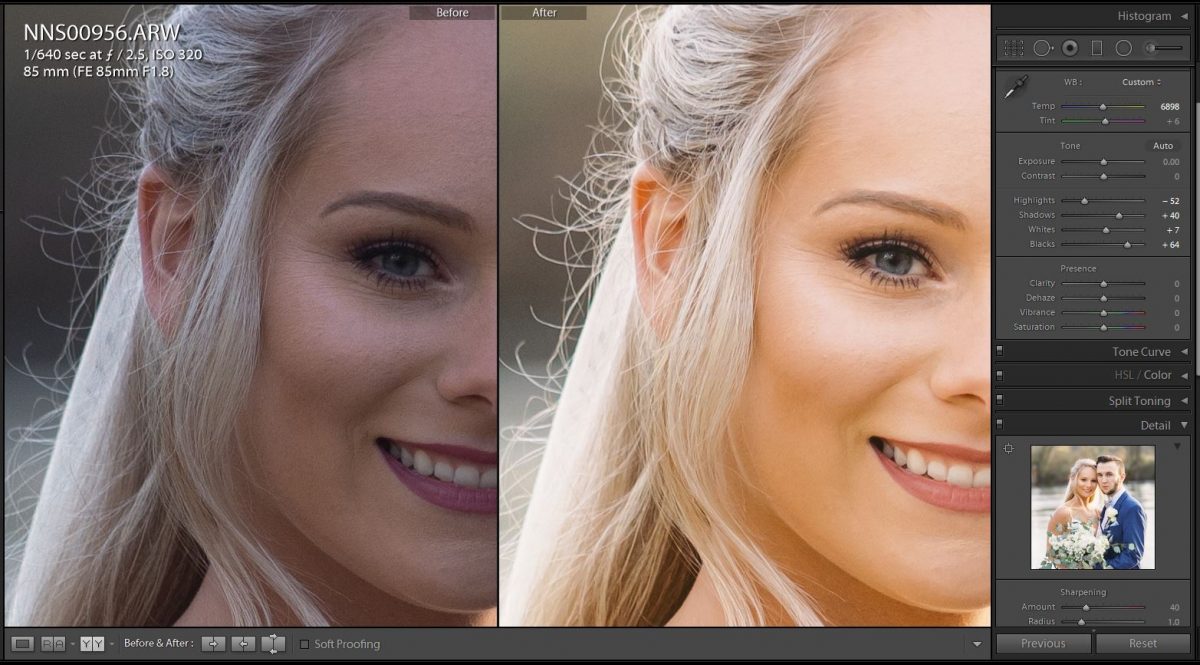 My favorite part about Sony A7iii mirrorless camera is how good it is with focus! 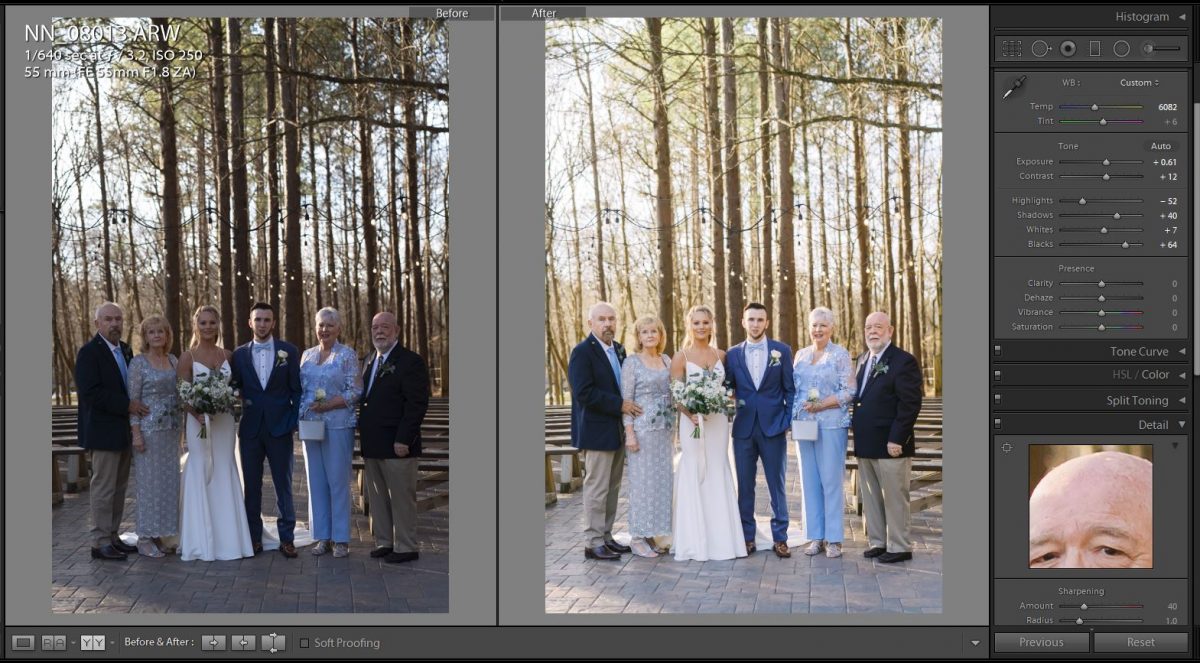 Here I am breaking the rules, or at least playing close to the line shooting at f/3.2. And everyone is still in focus! 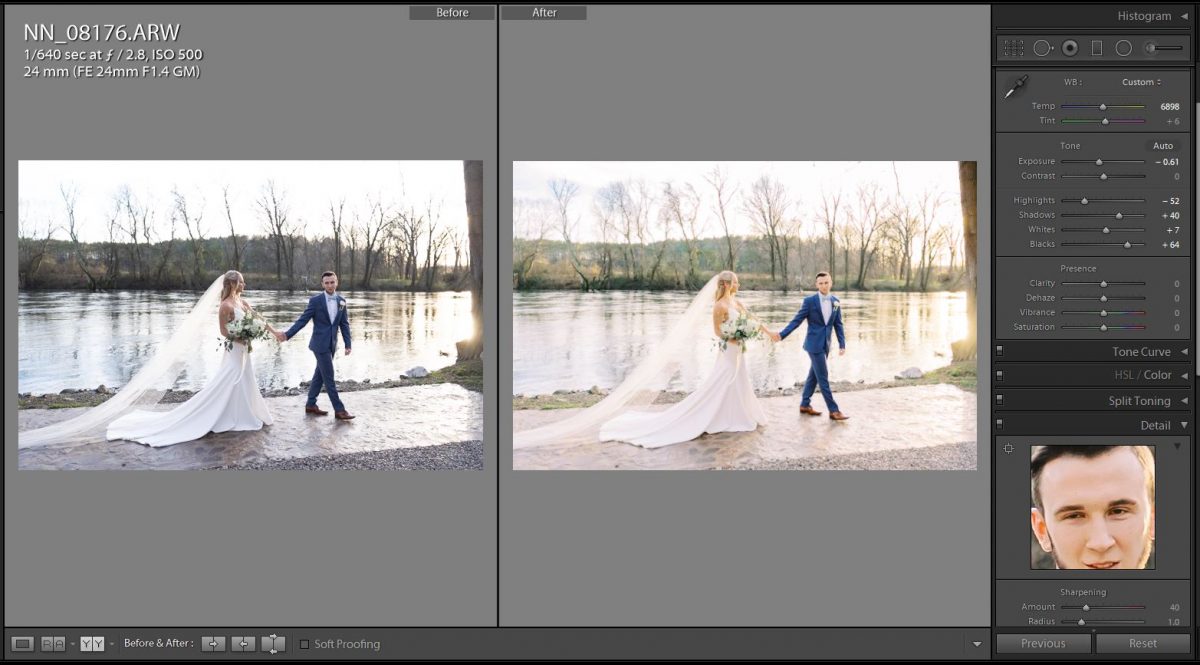 Sony and Nikon files edited together 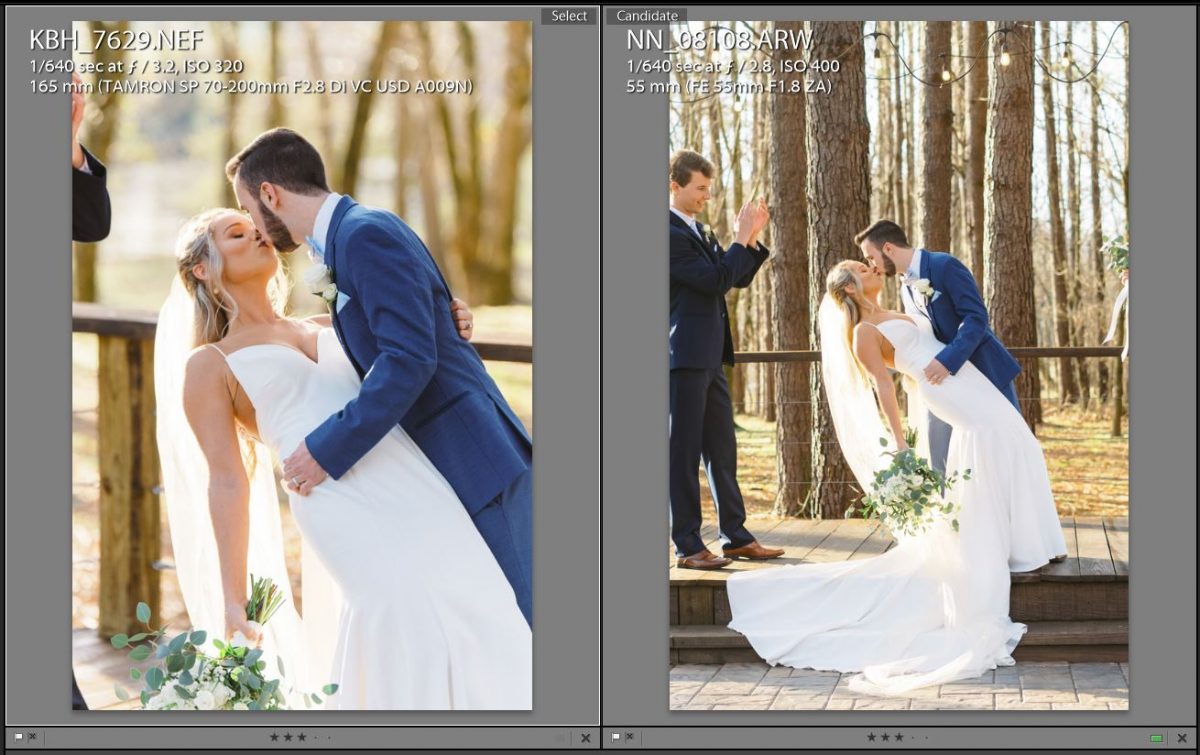 Left is the .NEF nikon file and right is the .ARW Sony file edited to match pretty well. 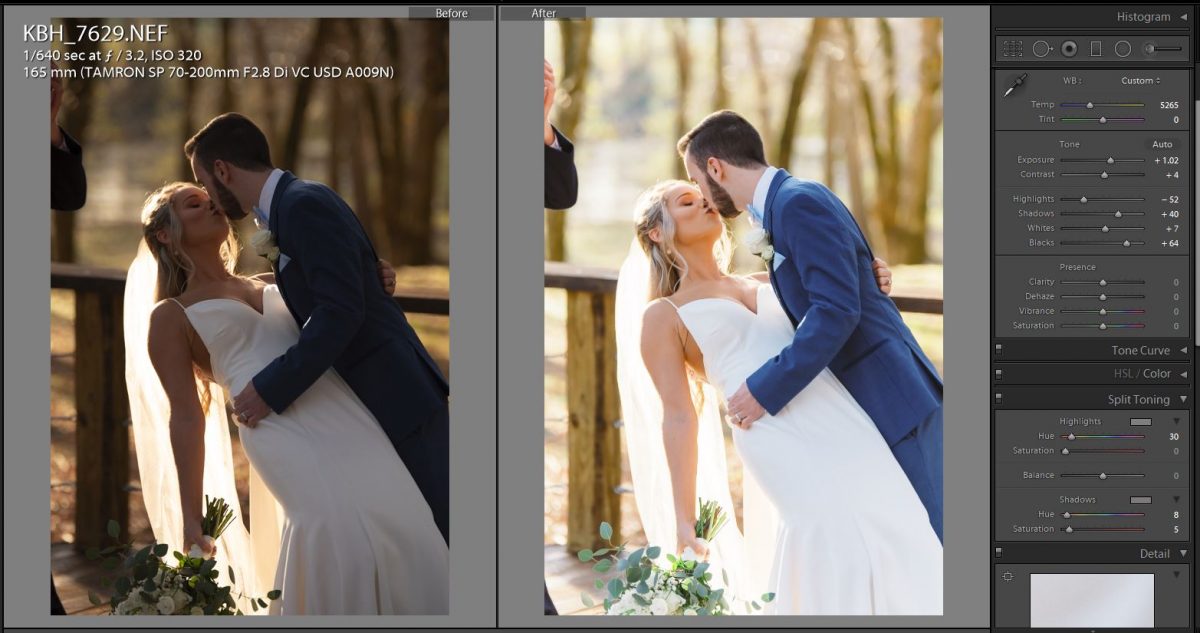 Aside from the waaaay under exposing that was going on with the Nikon camera, the major adjustments I have are white balance  and adding some split toning. 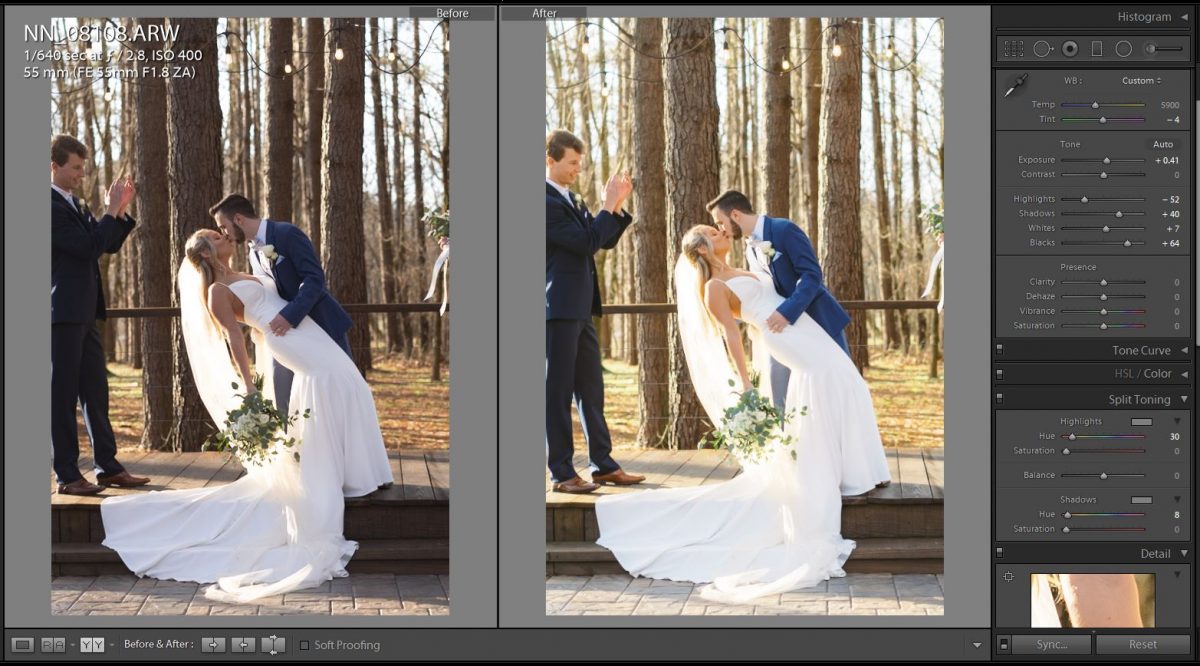 This isn’t an exact science because I think Sony and Nikon kelvin numbers come up in LR differently even if you shoot with both cameras set to Kelvin 5500. 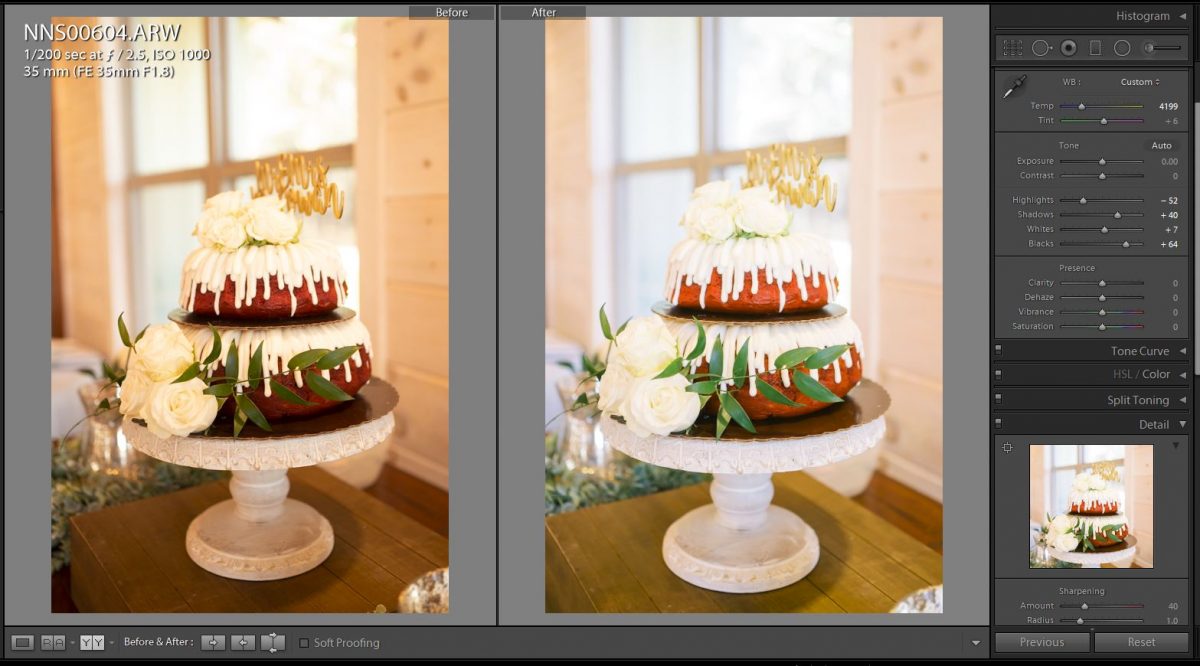 I’m a huge fan of shooting in kelvin. I don’t know, it just seems to keep things consistent in post. Auto W/B will measure the color for every shot. And while that sounds good, it isn’t if you have a flickering incandescent bulb in on corner that on a 10 count keeps putting out  a little bit of purple cast or something. Here, my kelvin was off from being outside. you can see I had to cool the temperature way down. 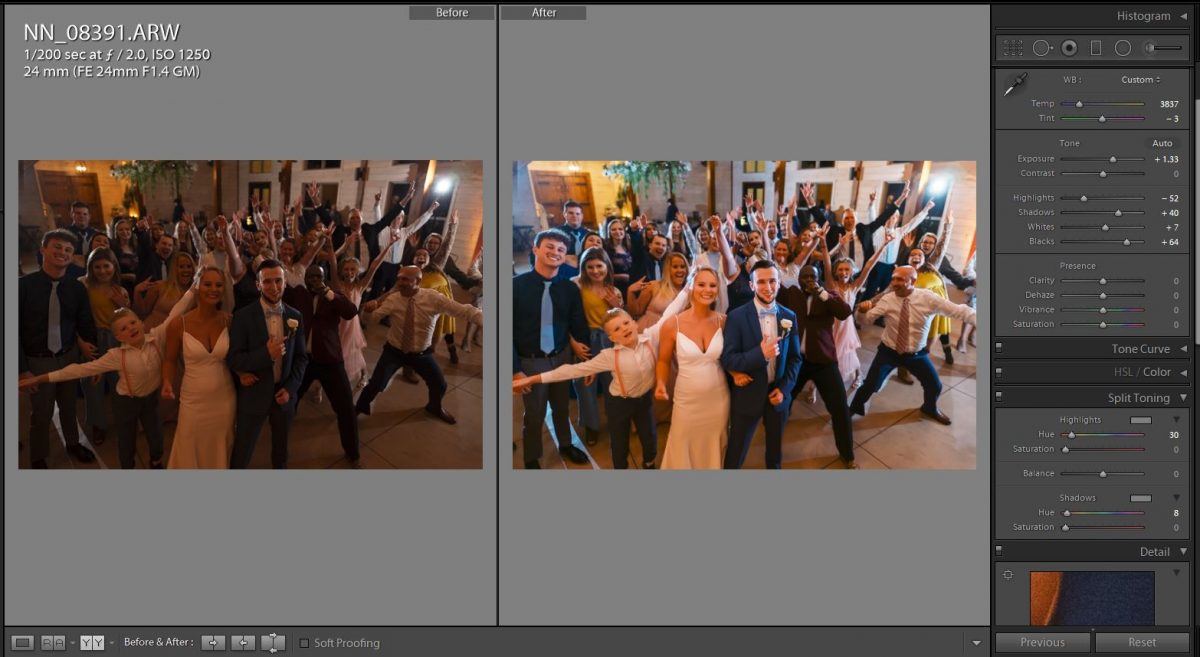 Its pretty good for recovering from underexposure too.

A Sony battery lasts me 7 hrs. The knockoffs don’t last half as long

What lenses should I get for Sony?

Simplest way to start is just grab the Zeiss 55mm 1.8 there’s only one, its full frame and can be picked up used for a pretty good deal in the Sony Camera Buy & Sell Group (No Trades) group regularly if you keep an  eye out.

Do you have and complaints?

If you have any questions for my next post leave them in the comments, I’d love to hear what you think.

Switching from Nikon to Sony A7iii 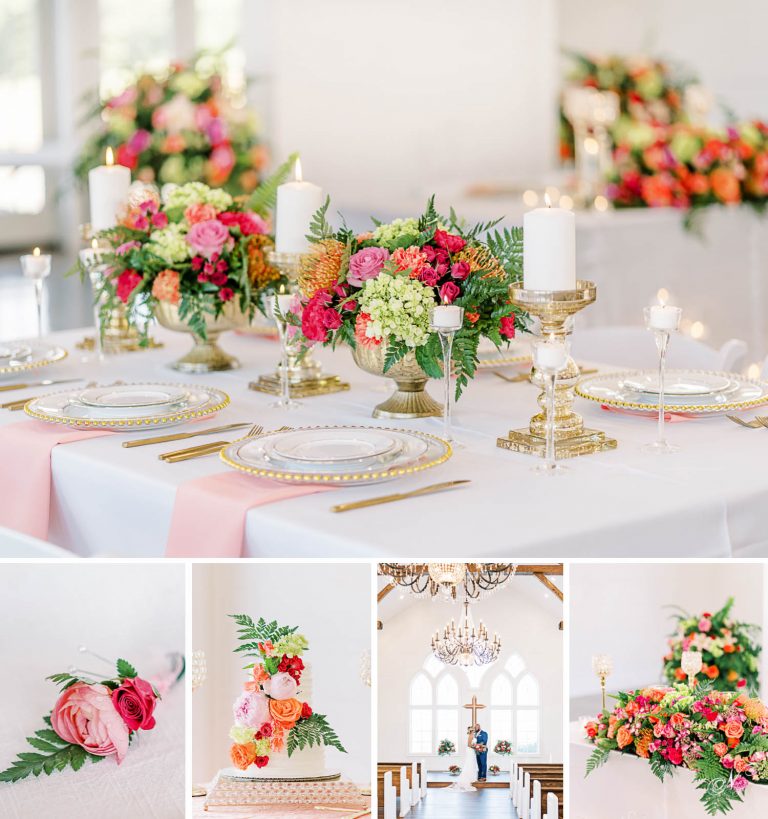